The Sniper Team became its own tactical unit in 2015 but still falls under the SWAT Team which also has an Operator Element for other types of tactics. The two teams train together from time to time. All snipers must have completed a week-long basic sniper school which is usually taught at by the North Carolina Justice Academy at Camp Butner. Continued training after Basic School is mandatory which occurs monthly. The type of training ranges from Sniper Initiated Entries, adverse angle shooting, out-of-position shooting, long-range (1,000 yards), short range (25 yards), high angle shooting, shooting through obstructions, shooting from and around vehicles, field craft such as the use of various camouflage, building hides, stalking and building floorplan information from exterior observation. Other training consists of an annual weeklong training session focused on Field Craft. 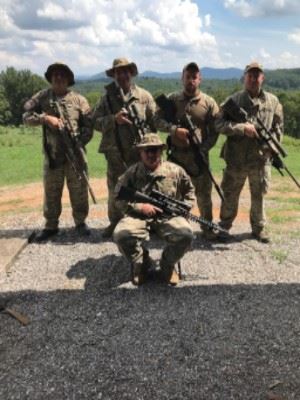